While we’re no strangers to Herald Digital Business Awards - having scored 23 nominations and 11 wins since 2010 - we are ecstatic to have received further nominations for our most recent work.

We’re in the running to win the top awards for:

Another nomination for Best Mobile App

We’re familiar with the Best Mobile App category, having won in 2018 for our work on the Aggreko Technician App and in 2015 for the Arnold Clark Mileage App. To earn the nomination this year, we helped streamline field operations for one of our clients, and are over the moon with how well it’s been received.

We’re also pretty familiar with the coveted Digital Agency Award, having now been nominated for the tenth consecutive year. Screenmedia have been pushing the boundaries of digital innovation in Scotland since 2004, so it’s fantastic to know that we’re still at the top of our game. We’ve won this award 6 times in the last 9 years including 2017 and 2018 - this could be our hattrick! 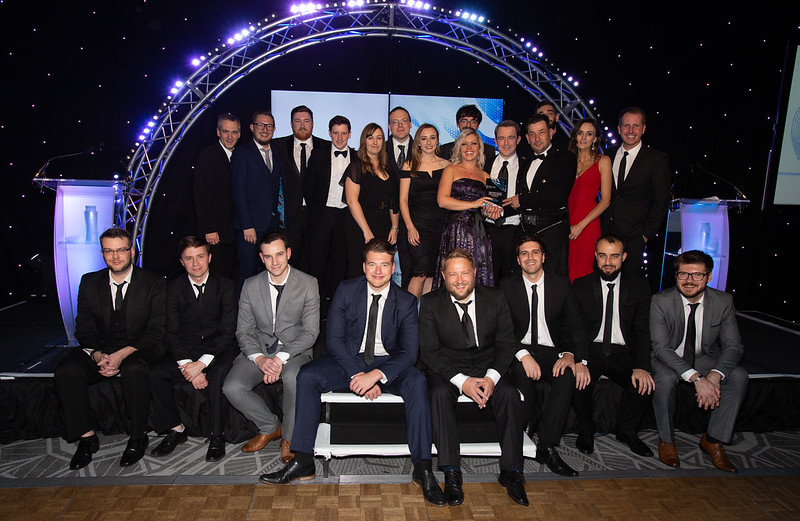 Can we make it three years in a row for the Digital Agency Award?

Another year of amazing growth

These nominations are a manifestation of what has been a fantastic year for us at Screenmedia. We’ve added some major brands to our client list and have been trusted to build cutting-edge outputs for them which have set the benchmark in digital solutions. Having crafted over 200 projects this year, we’ve collaborated with the likes of of AB Agri, Honeywell and Zonal again, while we partnered with Edrington, Britvic and Mattel for the first time.

Our nominations are a testament not only to our world class clients, but also to the talented Screenmedia team who always rise to the challenge. In the last year, we’ve grown into a third, and then a fourth studio space, welcomed 9 new full-time members of staff and brought our headcount to an all-time high. With new talent came increased knowledge and capabilities too, and so we added strategy consultancy and business analysis to our services.

Meanwhile we stayed ahead of the curve in emerging technologies, having produced industry-leading tech trend reports which have been downloaded worldwide – keep an eye out for our newest report in the next few weeks. Our voice team also produced whitepapers which received industry acclaim and subsequently launched a microsite to expand on their award-winning services. It’s an exciting time for all in the studio, and we are keen to keep building on our success. A fantastic year of growth at Screenmedia has culminated in two award nominations. For both awards we’re up against some of Scotland’s major digital players - we wish them all the best of luck, but of course we hope that we’ll be able to share some good news after 23rd October.

In the meantime, take a look at our award-winning work from the past few years and do get in touch if you’d like to talk digital.