Driverless cars: how do we spend our time if we don’t need to drive?

With the promise of autonomous vehicles growing, businesses are beginning to explore how to tap into the extra time passengers could have during the daily commute.

Driverless cars have permeated pop culture and sci-fi for decades, but always seemed like a distant dream. This year however, Uber temporarily trialled self-driving taxis in Pittsburgh, Google launched its Waymo One service in a limited part of metro Phoenix, and prototypes are also being developed by Tesla and Byton. We could realistically expect a completely autonomous car on the consumer market in the next decade, albeit limited to mapped urban centres.

Where are we now?

Back in 2014, SAE International published the ‘Taxonomy and Definition for Terms Related to On-Road Motor Vehicle Automated Driving Systems’. Long title aside, at its core the report details the standards for increasing levels of automation in all vehicles, and has been cited in proposed legislation for self-driving tech in the US. Presently, the majority of new cars operate at Level 2 or ‘partial automation'. Under SAE’s guidelines this means a number of different systems assist the driver, including automatic parking, adaptive cruise control and collision avoidance systems, but with the “expectation that the human driver perform all remaining aspects of the dynamic driving task”.

While Level 2 is the standard in most vehicles, automakers and tech companies are competing in earnest to be the first to achieve commercial models capable of Level 5 - full autonomy. The aforementioned Google Waymo project launched in Phoenix after exhaustive rounds of successful testing, Audi’s upgraded A7 drove 550 miles by itself from San Francisco to Las Vegas, not to mention Ford, who have pledged a fleet of self-driving cars by 2021. With billions being invested in their efforts, industry, legislators and the public must wait to see who passes the chequered flag first.

A key issue that arises through the complete automation of cars is, unsurprisingly, that 'driving' becomes a completely passive activity; what are we meant to do while the car is driving for us? One indication lies in the daily commute. As of 2018, US workers spent 54 minutes travelling to and from work every weekday. With the switch to autonomous driving, these commutes would leave expanses of time empty, with the occupants no longer needing to engage with the car or pay attention to the road.

So… what do they do? It’s almost universally agreed that freeing up an extra hour in a person’s day is beneficial and would lead to more productive uses of the time, but opinion on what exactly that means is split. Would employers expect their workers to start half an hour earlier (or would workplace pressures cause people to start working anyway), or should that time be better spent on entertainment, education, or other activities?

Carmakers have already started developing spaces specifically with these questions in mind; Mercedes-Benz’ flagship F 015 concept car morphs into a mobile office when in autopilot mode, the steering wheel retracting into the dashboard, front seats swivelling to face rearward, desk surfaces rising up from the floor, and touch screens lighting up on the interior’s walls. The car also includes its own mobile wifi network, sophisticated voice recognition and gesture control. For all the high-tech concepts being thrown about, the vehicle’s development is further along than you might think. Mercedes classifies the car as an “active research project”, and a functioning prototype has been touring global auto shows for over two years.

Mercedes is targeting professionals in its pitch, assuming that workers and businesses will want to wring extra work productivity out of commutes and journeys to and from meetings. Productivity and telecoms providers like Microsoft, IBM and Adobe will naturally seek to fill this space, expanding into times of the day that workers were previously unavailable to them, but there are plenty of journeys where work isn’t top of the agenda, and media industries are front of the line to fill the time.

The way in which we consume music and video has been evolving constantly throughout the 21st Century, and driverless cars are set to continue this trend. Music streaming services have already begun threatening drive-time radio, and going driverless would increase that threat exponentially. Listening to your own music selection is preferred by most, and with no need to pay attention to the road, passengers will have more time to pay attention to what they’re listening to.

And music isn’t the only option; when competition over the time people spend looking at screens peaked, companies began looking at ways to increase the total amount of time people spent looking at screens, rather than fight for a bigger slice of the existing time; Netflix has even admitted its biggest competitor is sleep. Adding an extra hour of time to a person’s day will trigger a rush by tv, radio, game, and book producers keen to capitalise on the opportunity.

Streaming platforms, such as Netflix and Amazon Prime, have already provided a ‘watch as you go’ service for years and seamlessly integrating those services into driverless cars would not present an overly complex technological challenge. The windshield in effect could be reworked as a new 50” flat screen TV, vehicles could be outfitted with in-built gaming consoles, or stream games over the air to a connected car. There is no ceiling to the potential of driverless vehicles, and with them they will bring new battles, as industry giants compete for an in-car audience that was previously only available to radio and music.

Of course there’s also the option which was most popular round out studios; sleep.

We’re always thinking about how new technologies impact how we interact with machines and with each other. Get in touch to hear about our research and thoughts, and how we can help you tackle the changing tech landscape. 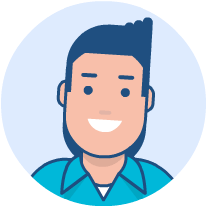